Imagine for a moment that this post contained 100% indisputable evidence for Jesus being 'The Truth'. What would you do?

I could speak for myself & say I'd sprint to the local Staples & print as many copies as I could. Then - snatch all the Metro papers in the middle of the night & fill those blue boxes with them. Then I might hammer them to trees, post them thru every door in London. Might even hand one to the Queen. Then I'd probably scrunch them up & throw them at everyone I pass on the street. In love.

So for a moment, let's imagine we hold 100% Proof for any religion in our hands. We know for sure it's true and must convince the world to believe and do all that's required. Follow me on this journey as we "tell the world"...

First up, I send an email to an old woman, telling her to change her lifestyle...

A billion things go wrong in getting the word 2 her.

• She quickly forgets it all

• She doesn't live long enough to put it into action.

• She isn't able or strong enough to fulfil all the requirements or keep all the rules.

• She is deaf and blind.

Next, I approach my uncle, Michael, with the logical "Proof"...

He is a skeptic. He doesn't believe in God or logic.

Why? He once heard of a man who saw a UFO. Ever since, he has doubted whether we can trust the human mind at all.

Michael: Who wrote it? A human?

Michael: It is written (in my mind), "Thou shalt not trust in the human mind."

Finally, I realise that no matter who I come across, there are countless imperfections. For starts, I could be writing this "wrong". They could read it "wrong". From their willingness to receive, to their ability to achieve "enlightenment" or "salvation" (whatever that looks like in this specific religion)... the shakable & dependant foundations wash away it's dependability. Straight up. How can you stand on a roof held up by crumbling pillars? Besides, even if it could be perfectly followed by everyone in the world, what about all those who lived before this new indisputable evidence popped into circulation? Quick scenario. Would you jump in the backseat of a scratch-free, super-shiny brand new sports car? What if it's going full speed ahead on the M25? And the roads are icy? Did I mention the driver is 12 years old? You see, the car might be spotless, perfect even >>> but if the driver's 12, it's pretty likely that's soon to change. Religion is the same. There's no insurance. No assurance neither. A Religion is only as good as it's follower. Religion is weak because it's as strong as me.

It reminds me of 'Finding Dory'. Dory is a forgetful fish with a child-like brain. One day, on a day trip to a stingray migration, she has a flashback of her parents she somehow was separated from as a child. She sets off to find them, swimming across oceans to California. Once she arrives, she swims around sunken ships calling out "Mum! Dad!". She gives all she has to find them. She pays an octopus, Hank, to take her to a map. While studying the map, she remembers her mum loved purple shells. She finds a route through some pipes, yet due to memory loss, didn't trust herself to make it through. Long story short, she continues battling through aquariums and oceans, getting lost and facing countless obstacles + challenges along the way. Eventually she ends up in a drain and finds herself dizzy and confused as ever. She suddenly spots a shell. She looks up and sees another.. and another. She follows the shells and eventually discovers her parents in a cave - waiting for her.

That's just like Religion. We're left to our own devices. Expected to find the right way. To discover the truth. Like an easter egg hunt, hoping the one we find is "the one", because all the others are wrong. We have flaws. Many. Yet Religion just waits, puts a few shells on the floor maybe, but just waits. This is why we need to go. To tell the world that Jesus has come. He is nothing like Religion. He comes to us. He saves us. He sees our countless flaws and lives perfectly in our place. He pays the price we could never pay. He chooses us. Reaches to us. Saves us. Changes & Transforms our hearts. He comes to us. To our world the Light of the world stepped down. This is reflected so clearly in 'Finding Nemo' (the original). Nemo is loved by his dad - as an only child. Suddenly, one day, he disobeys. He is told not to do something, for his own good, yet becomes annoyed and breaks this limitation. Only to find, his dad was right all along. He is captured by a human diver and taken in a boat far away from home. Far from his dad. To a tank. Yet his dad doesn't let him go. He doesn't stop and set out shells on the floor. He swims after his son. He crosses the ocean, giving all He has to find and rescue his son. To bring him back home. He journeys across sharks and the countless dangers of the sea. Finally, he reaches Nemo. This reminds me of Jesus' Love for me. He left His Home in Glory, and came to Earth. He came after me. He didn't just leave me to find my way. He didn't just hope. He came. Beyond risking His Life.. He gave it up on the cross !! This is the Saviour we praise !!!

None can compare. Religion is weak. As strong as me. Jesus is Strength. As STRONG as Him.

And we, though weak can depend on Him.

This is the Gospel. If you could live it by your strength, you can prove it to their understanding and persuade them to the degree of their ability. But praise God this is HIM HIM HIM.

Keep leaning on those Everlasting Arms !!

Ace. (but hopefully ultimately from HIM 😁) 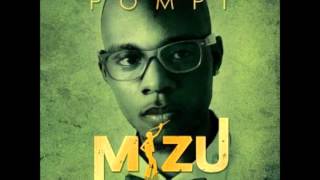 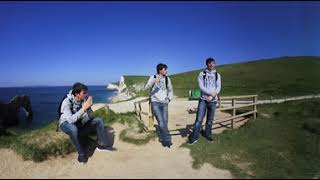